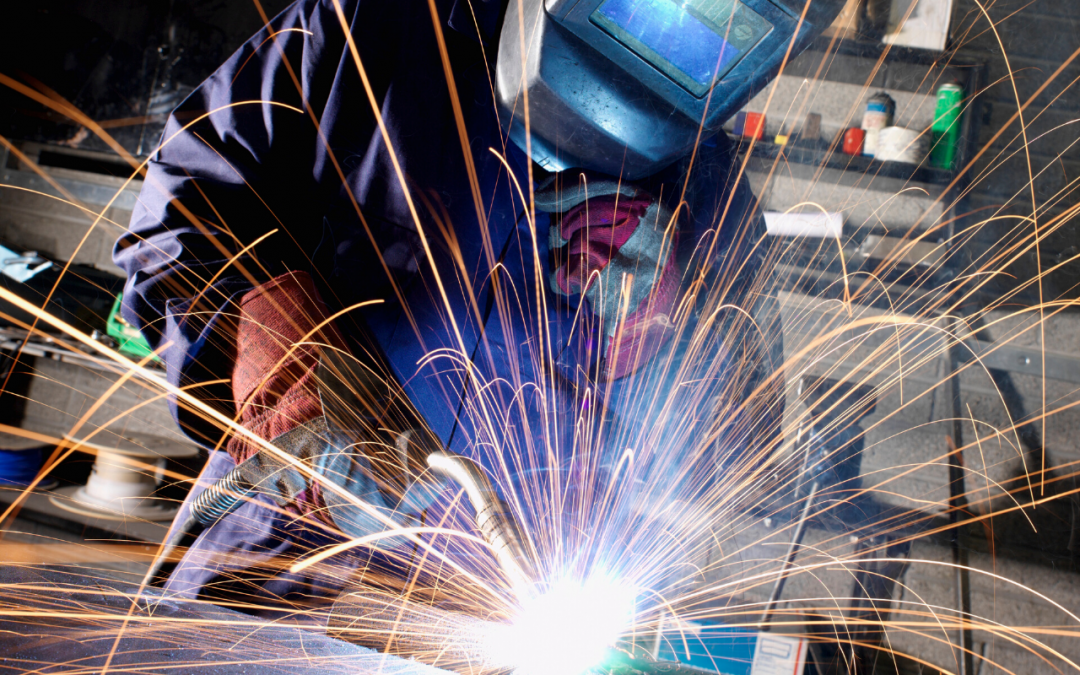 There’s a kind of magic about welding. Drop the visor, strike an arc, and seconds later what was a pile of metal parts emerges from the blinding white heat as something useful. Yes, as metal fabricators we shear, bend, saw, grind, punch, notch and polish, but welding is where the magic happens. This is how we make light boxes for trailers, frame extensions for utility trucks, and generator cradles for RVs.

Making quality welds takes both practice and experience. That’s despite there only being two main types of continuous weld: the fillet weld and the butt joint weld. A lap joint might count as a third, but we’d argue that if it’s arc welded it’s a form of fillet joint. Resistance welding does create a true lap joint, sometimes called a seam weld, but this is only used with sheet metal. Some fabricators will say there are more types, but we think they’re all forms of fillet or butt weld.

One Plane or Two?

If two surfaces are being welded in the same plane, that’s a butt weld. They are just butted-up against one another before being joined.

If two surfaces are perpendicular, (meaning there’s a 90° angle between them), the weld fusing them together is a fillet. The fillet weld forms a 45° angle between the two pieces whereas the butt joint weld looks like a seam or bead.

Continuous welds, whether fillet or butt, span the entire length of the joint. An intermittent weld is one where the pieces appear tacked together. There could be one inch of weld – fillet or butt – then an inch or more of unwelded length before the next weld. There are pros and cons to the two methods. Resistance seam welding, mentioned above, can be either continuous or intermittent. There’s more information in, “How To Determine Between Stitch Welding vs. Seam Welding For Your Metal Fabrication Product”.

Part designers need to tell the welder what type of welds they want and where they should be made. They do this using weld symbols on the print following the American Welding Society Standard AWS A2.4. This covers points such as where the weld is to be made, the length of the weld segments, groove angle and root opening.

For a butt weld two pieces of metal are brought together until almost touching. Typically there will be a gap of around 1/8” (3mm). The welder strikes an arc and feeds in filler to create a pool of molten metal. This pool is then moved along the joint with filler added continuously. The gap is there to ensure molten metal penetrates all the way through the pieces being joined. If the gap is too small there may not be enough penetration. Make it too big and you’ll get a large or heavy seam on the reverse side of the pieces.

Metal thickness influences penetration. When pieces are more than 3/16” (4.8mm) a chamfer is usually ground on one or both top edges. This makes the gap wider and lets metal flow down the full thickness. Conversely, if the pieces are very thin it might not be necessary to have any gap at all.

An interesting special case is when you’re arc welding pieces that are of different thicknesses but in the same plane. These are overlapped to create a lap joint. Then, on each side of the joint there’s a 90° angle between the two pieces, making this a fillet weld.

Some welders will say they make more fillet welds than butt welds. That’s probably because fillet welds don’t need any edge preparation, such as chamfers, so it’s a faster technique.

In fillet welding, the idea is to build up a triangular section weld between the two pieces. When finished, the weld surface should be at 45° to both parent materials with the fillet size related to their thickness. More specifically, the throat of the weld – the distance from the inside corner out to the weld surface – should be the same as the thickness of the base metal. A fillet weld smaller than this probably lacks strength while one larger has wasted time and filler, and may have put too much heat into the metal.

When the pieces being welded are thick – say 3/16” (4.8mm) or more – the welder usually makes several passes rather than trying to deposit a lot of metal all at once. This is often done to control distortion.

Distortion is a challenge in continuous welds of both types. It results from shrinkage as the filler metal cools. Pre-heating helps, but on a long weld it’s difficult to ensure the entire lengths are at similar temperatures.

A distortion-reduction technique some welding experts recommend is “balanced welding”. This entails making successive passes on opposite sides of the joint, which assumes both sides are accessible.

Some welders argue it’s better to make multiple passes, depositing a small quantity of filler on each one, than to make a single pass with a heavy deposit. According to The Welding Institute, “Distortion – Prevention by Design“, “… a large single weld deposit gives less angular distortion…”. However, they also note that, “… a small number of large weld deposits results in more longitudinal and transverse shrinkage…”. It seems you trade one type of distortion for another.

The Welding Institute has another distortion reduction technique that might make you think. They say to consider eliminating welding. Their way of doing this is to use extruded section and angles instead.

Many people can weld, but it takes practice and experience to make consistently high quality welds. Understanding the difference between fillet welds and butt joint welds, and when to use each is a start. There’s more to it than that but we can assure you there’s no magic involved.