Celebrating Our Achievements and Looking Forward 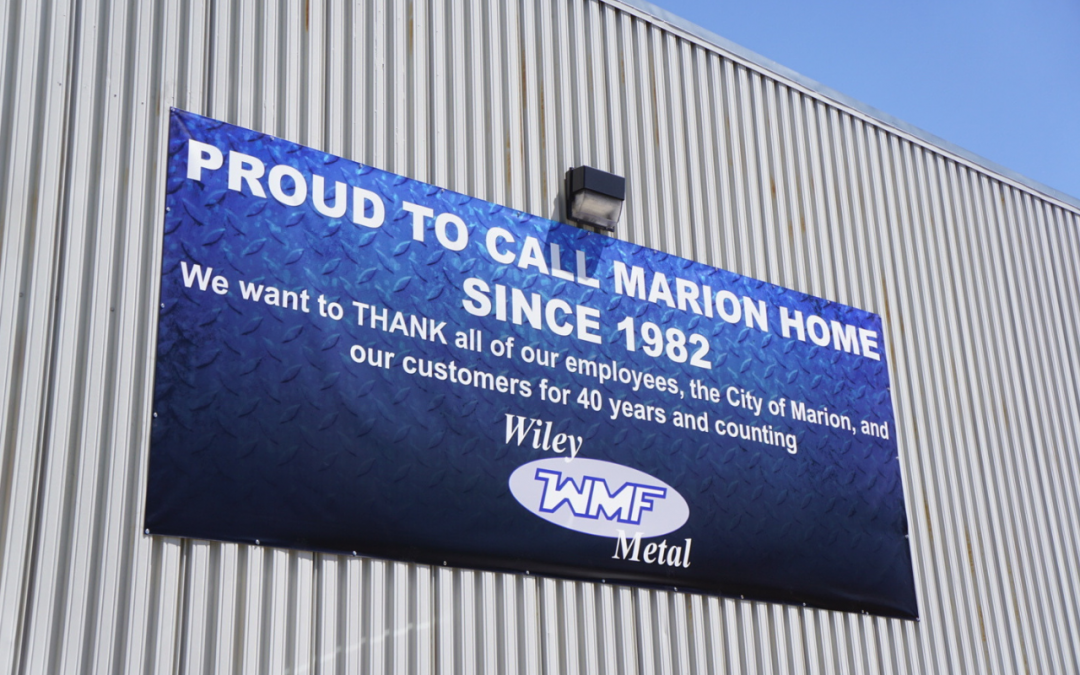 Wiley Metal is celebrating 40 years. That’s a milestone few businesses achieve and it’s an opportunity to reflect on how we got to where we are and where we’re going.

One of the keys to lasting success is the willingness to make changes. Henry Ford provides a good example. He’s alleged to have said, “If you always do what you’ve always done, you’ll always get what you’ve always got.” And what did Henry do? He built a business that has prospered over decades, helping millions on the way to living the American Dream.

Wiley isn’t quite Ford, but we’re proud of our success and preparing for the future. Here’s a closer look.

The year 1982 had an interesting start. The Superbowl was played in Pontiac Michigan, with the San Francisco 49ers pitted against the Cincinnati Bengals. The coach of the 49ers was Bill Walsh, who may have had something to prove, having been passed over for the Head Coach position at the Bengals. What Walsh also had at San Francisco was a relatively unknown QB called Joe Montana, who had QB’d at Notre Dame earlier in his career. Together they took a 26-21 victory over the Bengals, and the rest is history.

A few months later, on June 1st, Verne Wiley opened the doors to Wiley Metal Fabricating. Verne had a lot of fabrication experience, but running a business was a new venture. With hard work, and perhaps a little luck, work started coming in. Soon Verne needed employees and his business grew from there.

One of the first recruits to Wiley Metal Fabricating was Verne’s son Ed. He came on board at the end of ‘82 and was joined a couple of years later by his brother, Rob. As time passed, Verne took more of a back seat and gradually handed the reins to Ed and Rob. Today they are President/Owner and Vice President/Owner respectively.

Wiley is a family business, and that ethos extends to all employees, not just those with the family name. That means everyone is treated with the respect and courtesy we accord to our relatives. We talk to them, listen to what they have to say, and when changes are needed, we’ll explain why. The younger Wileys, Mike, and Ben, however, carry some additional responsibilities.

The third generation of Wileys in Wiley Metal Fabrication, Mike and Ben have been learning the ropes and working their way up through the organization. That’s why Ed recently announced the promotion of Mike to VP of Leadership Development and Ben to Senior VP.

Here’s an important message to take away. These promotions don’t signal the passing of the torch from the second generation. They do, however, show that Ed and Rob are planning for the future. Expect to see Mike and Ben take on more responsibilities as they continue to grow and deepen their understanding of the business.

Building for the Future

In the early days, most of Wiley’s business came from RV manufacturers. Indiana is of course the heart of RV manufacturing. Over the years, though, Wiley has diversified. RV work remains important but the company has expanded into the semi-truck, specialty truck, and trailer sectors, along with agriculture and other industries.

In trailer manufacturing, Wabash is a leader, and Wiley is pleased to have had the opportunity to work with them for many years. They’ve recognized us with their Platinum Award for excellence in supply chain performance delivery, quality, cost, and innovation on several occasions, but 2021 saw us win an even bigger award. This was the Wabash National Corporation’s Distinguished Supplier Award for outstanding customer service and support.

Verne didn’t go into business to win awards. He started Wiley Metal Fabricating because he had a passion for fabrication and wanted to do things the right way. Ed and Rob, and now Mike and Ben, are maintaining that tradition and taking the business forward. They’re not doing it for the awards, but the awards certainly show that the Wiley family is doing things right.

A Bright Future Ahead

A lot has changed in 40 years. Bill Walsh is no longer around, and Joe Montana is long retired, but the 49ers keep going. Likewise, Wiley Metal Fabricating isn’t the same business Verne started, although in some ways it is. We still maintain the family values and traditions and still focus on doing things right. Today Ed and Rob are at the helm, but they’re planning for the future so Wiley can continue cutting, bending, and welding metal for our customers for many years to come.