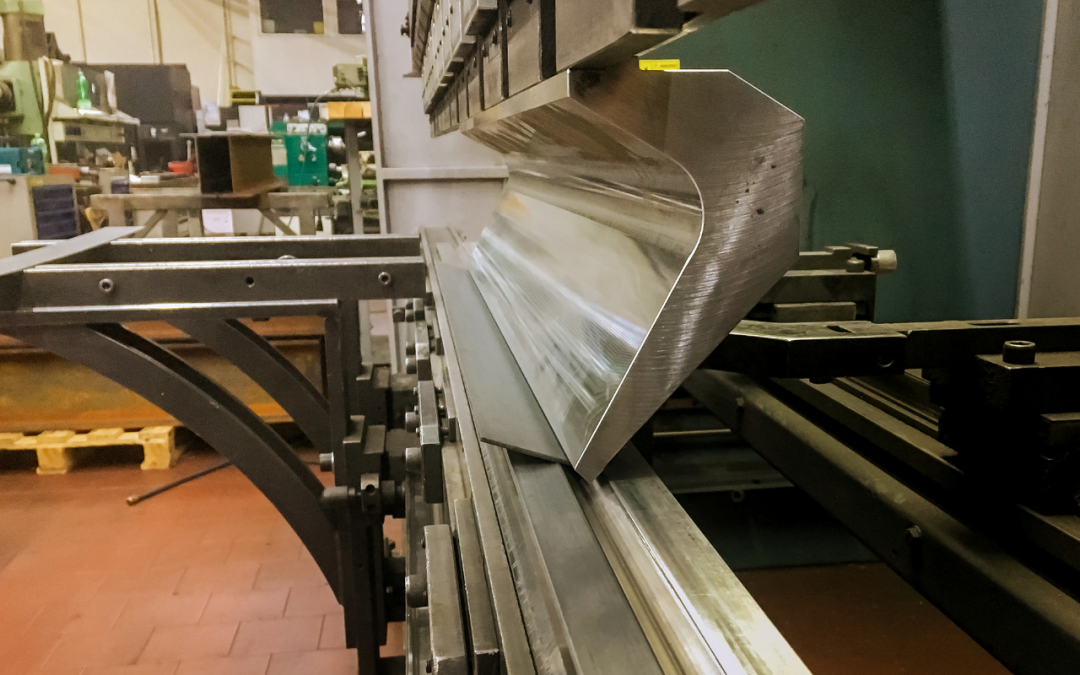 We’re partial to a bit of heavy metal here at Wiley, but we don’t mean the music. Walk through our shop and you might see the occasional Metallica or Iron Maiden t-shirt, but when we say heavy metal we mean it in the fabrication sense. We’ve nothing against light metal fabrication but the heavy stuff just seems more – is it okay to say this – manly?

There’s no formal definition separating one from the other, not that we know of anyway. It’s just one of those, “I know it when I see it,” things. Massive industrial storage tanks and gantries – heavy fabrication. An aluminum, glass, and stainless steel display case? That’s light fabrication, but where’s the boundary, and what’s the difference?

To answer that, let’s take a closer look.

It’s in the metal fabrication products

Heavy fabrications tend to be big and, well, heavy. Tanks and gantries are good examples, but so too are large-scale agricultural machines and equipment and access walkways. In fact, pretty much anything structural that’s fabricated would class as a heavy fabrication. Conversely, examples of light fabrications include RV components, brackets, toolboxes, and smaller architectural items.

It’s in the metal fabrication materials too

When you talk about needing strength, as for the aforementioned heavy fabrications, you’re talking about steel and sometimes stainless steel. Not in sheet form, but as I-beams, pipe and tube, and of course plate. Now plate is one area where a formal definition does exist. As noted on the World Iron & Steel website, ASTM A480/A480M says plate steel is thicker than 3/16″ (5.00 mm.) Below that it’s sheet.

Complicating matters, Industrial Metal Supply notes that it’s different for aluminum. With this material, plate is defined as being more than 1/4” thick (6.00 mm.) Sheet is thinner. And don’t get us started on gauge, (though you can read about it here: “Why is Sheet Metal Thickness Measured In Gauge and Not Inches?”) However, aluminum isn’t generally thought of as a heavy fabrication material.

In light fab, however, aluminum is very common in sheet form and as extruded section. Light fab also makes use of copper and brass, and of course, steel and stainless steel have a role too.

Neither would you expect to use aluminum extrusion in a heavy metal fabrication.

And the metal fabrication processes

Cutting and forming these “heavy” structural materials takes different processes to those used for sheet materials and extrusions. Shears won’t cut plate, and neither will a press brake bend it. Instead, for cutting you’re looking at flame or plasma cutting while forming is done by rolling, (the three roller kind of mill.) Likewise, a turret punch is great for producing sheet metal shapes, and a press is ideal forming, but neither will work on thick steel material.

Welding however is something of an exception. Gas metal arc welding (GMAW) is as effective on thick plate as on thin sheet, although there are some differences. Plate welds need more attention to preparation, but at the same time, there’s not the same concern about putting too much heat into the weld. One welding technique not used in heavy metal fabrication however is resistance welding. It would just need too much energy and take too long for it to be a viable joining process.

A second aspect of welding to mention is inspection. Welds in heavy metal fabrications are often subjected to high loads. As a safeguard against failure, it may be necessary to inspect welded joints, perhaps with eddy current/mag particle or ultrasound.

Here’s one more difference between heavy metal fabrication and light. In light fab the work is generally taken to the process while in heavy fab the process – especially welding – comes to the work.

To elaborate, heavy metal fabrication generally entails constructing large, and therefore heavy, structures. These aren’t easily moved through the fabrication shop: that takes cranes and fork trucks and causes a lot of disruption. So instead, cutting, welding, grinding and painting gear is brought to the job, which itself creates a few challenges.

The biggest issue is containing dust and fumes. If nothing is done these spread through the shop and create a generally unpleasant atmosphere for everyone. The answer is to build temporary enclosures round the work area and bring in portable extraction equipment. It’s not cheap but it’s the right way to do it, and it results in better-quality work.

Just because a business bills itself as a fabrication shop, it doesn’t follow that they can take on heavy metal work. Heavy metal fabrication requires different machinery to that used for light metal fab, as well as a different skill set and approach.

We are light metal fabrication specialists

Here at Wiley, we’re light metal fabrication specialists, but with our equipment and expertise, heavy metal work can fall within our “wheelhouse.” If there’s a large structural fabrication project you’re considering, let’s talk. Whether it fits our shop or not, we’ll give you an honest opinion. If it’s an honest opinion on Metallica that you want, maybe look elsewhere.