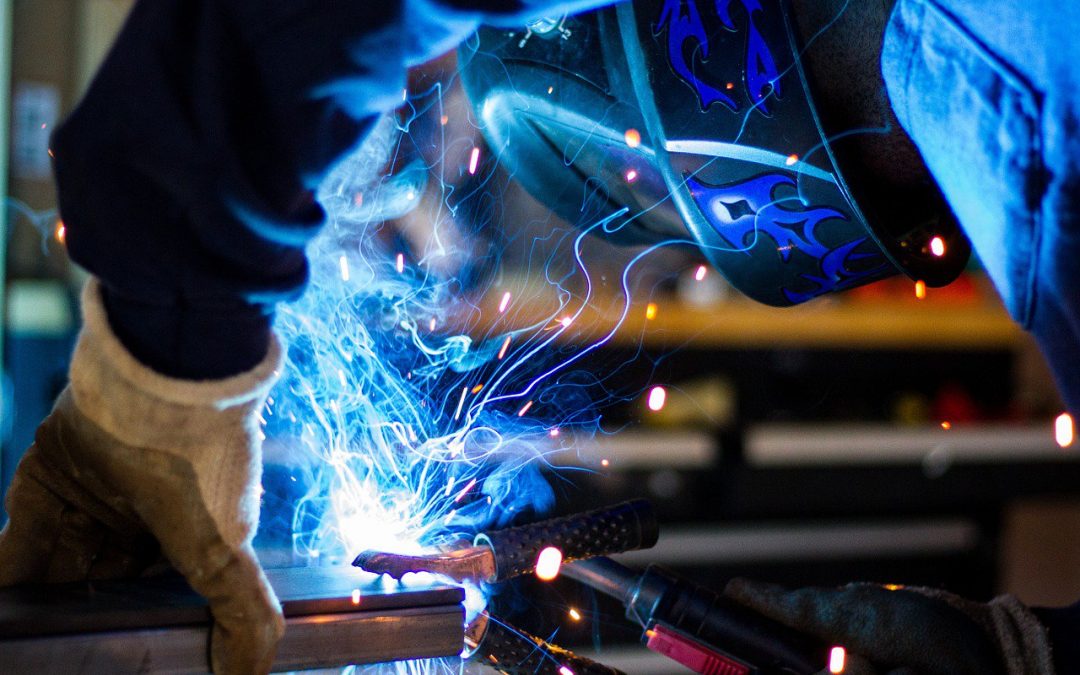 Who keeps grocery stores stocked with beef from Nebraska, potato chips from Idaho, and corn from Iowa? Who makes sure gas from the Gulf Coast gets to pumps across the nation? Truckers. And who makes their semi-trucks? Welders and metal fabricators.

These tradespeople make a whole lot more than trucks too. Welding is used in the manufacture of airplanes, trains, ships, bridges, buildings, oil rigs, space shuttles, and electronics. More than half of American goods are made with welding, according to the data highlighted below from Tulsa Welding School:

Welding is part of the manufacturing industry, which is a major force in the American economy, accounting for 8.5 percent of the workforce and 11.7 percent of GDP in 2016. Guess which state is a massive manufacturing hub? Indiana. One in five Hoosiers can be proud to have a hand in keeping the country moving. Since the Great Recession, the state has added 87,200 manufacturing jobs according to NWI Times.

Many of those jobs have likely been in the welding sector. Several regions in Indiana made the Bureau of Labor Statistics’ list of top welder employers in 2017:

Despite what many Americans think, the manufacturing industry is experiencing a resurgence. Within the next ten years, there will be about 3.5 million open manufacturing positions, but a lack of skilled men and women to fill them will likely result in a shortage of 2 million workers. At least 5,000 new jobs are expected to be created each year in the welding industry alone. Wiley Metal is certainly planning on expanding its family of welders.

One reason for the skilled labor shortage is that too many students have been encouraged to go to universities instead of trade school. But university isn’t for everyone. A lot of kids drop out and are left unemployed and in debt. Even those that graduate often can’t find work. Had only a parent, family friend or high school counselor told them about all of the career opportunities in the skilled trades, particularly welding.