Shearing vs. Sawing for Cutting Metal 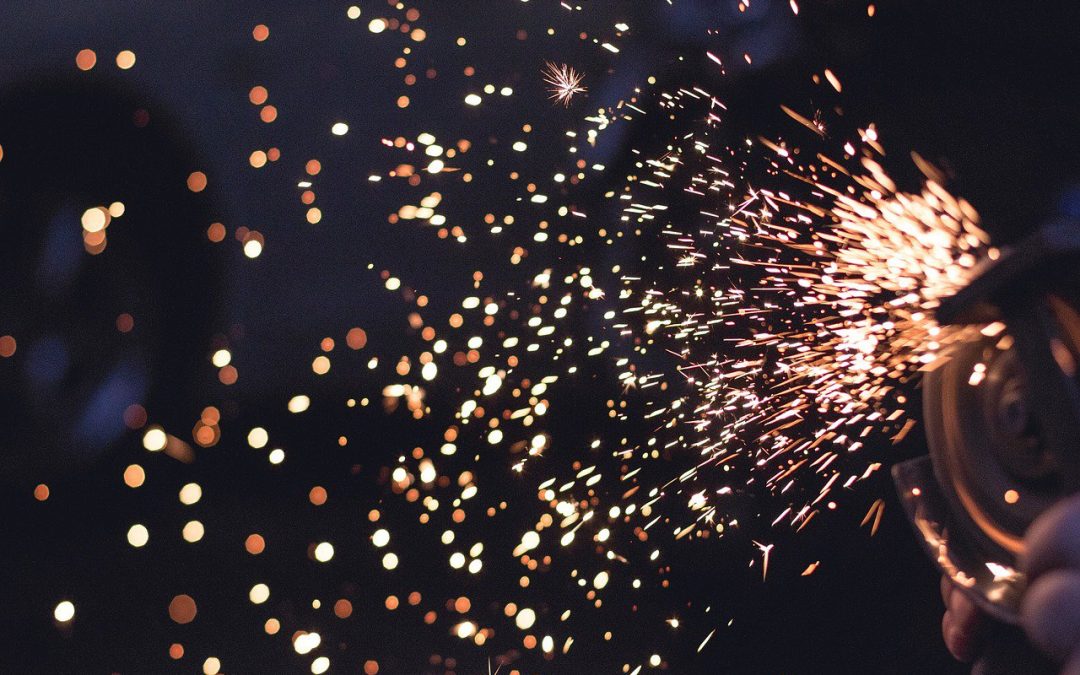 Most of us have seen a guillotine. They’re usually in movies about the French Revolution. Rather than use swords or axes, back in 1792 the French decided this machine was a more humane means of dispatching criminals and political opponents. That’s debatable, but certainly, a shearing process has to be better for those involved than the other way of cutting: sawing.

Cutting in the Fabrication Shop

Shearing and sawing are the two main ways we cut metal to size. Shearing is what happens in the punch press or on the shears (and the guillotine.) Sawing is done on either a circular saw or a bandsaw where teeth remove a small strip of metal, which we call the “kerf.” (You might argue that waterjet cutting is also a form of sawing as the abrasive grit cuts through the workpiece.)

Sawing is one of our primary cutting methods. Here we’ll compare sawing to shearing, with the goal of helping you appreciate how each works and when they are most applicable.

Metal is sheared between two offset blades, rather like scissors. The material is held down flat and the top blade lowered onto the surface. As the blade touches the metal it starts to push it down over the lower blade. A gap between upper and lower blades provides room for the metal to flow.

After a little deformation the metal starts cracking. This crack runs down to the bottom edge of the material. So what happens is that the load from the blades deforms then cracks the metal.

You can see this in the edge quality. The upper side has a small radius when the metal bent. Then there’s a smooth, burnished region where the blade slid over the metal. And finally, extending from around midway to the lower edge, there’s a rougher region where the metal fractured.

A saw blade consists of a line of small teeth. As these move across the surface of the metal each tooth shears away a piece, producing a chip. As the teeth cut one after the other they remove a strip of material slightly wider than the width of the saw blade.

In the fabrication shop hand saws are too slow and too imprecise for most jobs. Instead we use either a circular saw blade or one that looks like a belt – the bandsaw blade.

Sheet metal is almost always sheared, unless we need to cut out a complex shape, in which case we might go to the laser or waterjet. That’s because shearing produces only straight cuts only.

Shearing takes a lot of force so is typically used only for material 1/4” thick or less. It can be used on bars and rods, providing they’re not too thick, and also not hollow. (The shearing force would squash hollow sections flat.) We also have to check on the importance of cut edge quality. It’s often to better to saw cut anything needing a very square edge.

Sawing is slower than shearing but can handle much thicker material and shapes of varying cross-section, like tubes and “I” beams. Conversely, sawing is not a good process for sheet metal cutting. That’s because for stability it needs at least three teeth in contact with the material at any time. Sawing can leave a good square edge, but it’s important not to overlook the material lost during cutting – the kerf.

If we’re cutting sheet metal shearing is our go-to process. Anything thicker and we go to one of our saws. As for the original French guillotine, it saw a lot of work during the infamous “Reign of Terror” of 1793-94. You have to feel sorry for the inventor, Joseph-Ignace Guillotin, who’s name is forever linked to his execution machine.