Why You Might Consider C-section channel for a Metal fabrication 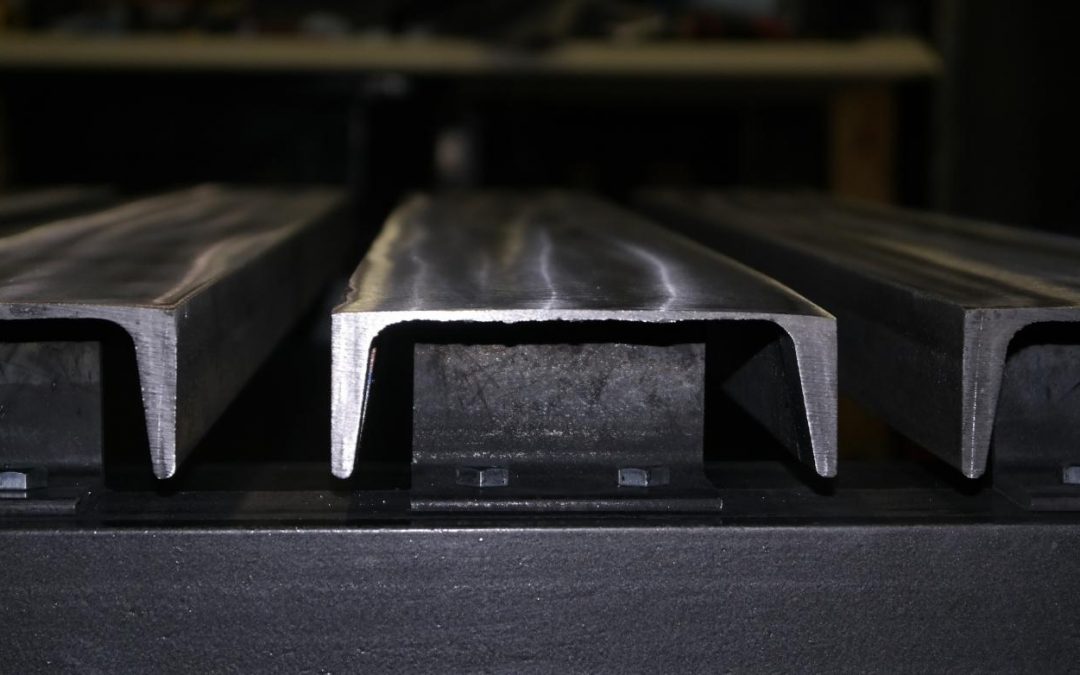 As fabricators we do a lot of work with structural steel and aluminum. It’s used extensively in trailers and also makes a great wood substitute in construction. The I-beam is about the most recognizable structural shape, but we’d argue there are times when you’re better off with a ”C”. Here’s why we think C-channel, (or alternatively, C-beam or C-section,) is worth considering.

Elephants are strong but dung beetles are much stronger. Sure, the elephant can carry a bigger total weight, but much of it’s strength goes towards carrying itself. The dung beetle is small but can carry many times it’s own weight.

Structural steel and aluminum work the same way. A big heavy piece is strong but the geometry of an I-beam is optimized to get the greatest possible strength from the least amount of material. In the I-beam the vertical web resists bending while the top and bottom flanges counter any twisting. (If the flanges are wider than the height of the web it becomes an H-beam. It’s all down to the cross-sectional shape.)

While I-beams are strong they’re not always easy to incorporate into your fabrication. The problem is that you only have two parallel faces to mount to. Mounting to a face parallel to the web means adding angle to the flanges. C-section channel overcomes this by moving the web out to one edge of the flanges, changing the cross-section from an “I” to a “C” in the process.

C-section thus has three flat surfaces for mounting to. It’s still strong, although this geometry does give up a little of the rigidity of the I-beam. Against that though, it avoids the use of brackets or angle. That saves money, time and weight, perhaps making it worth moving up to a slightly heavier section.

Structural aluminum is lightweight and easy to work with, plus, unlike wood, it won’t burn. That makes it a good alternative to lumber for framing walls or installing ceiling joints and rafters. Also, being an open section unlike tube material, it’s easily washed clean and drains quickly and easily rather than retaining moisture.

Most trailers are fabricated with aluminum C-section channel for the structural members. It’s lightweight, easy to cut and drill and doesn’t corrode. Plus, three flat faces simplify addition of panels or other structural components. It’s particularly popular in boat trailers where the ease with which it’s washed down and absence of moisture-retaining areas help ensure a long life. Window and door frames are often fabricated from C-section channel for similar reasons.

Also, as mentioned above, aluminum C-section channel is often used in construction. It’s a particularly good choice where fire is a greater than normal concern.

See? It Doesn’t Have to Be I-Beam

Say, “structural aluminum” or “structural steel” and we’ll wager most people picture the traditional I-beam. It’s a shape that’s met the needs of fabricators as well as those in construction for generations, but sometimes it makes assembly more complicated than perhaps it need be. That’s why we suggest you consider C-section channel, (or C-beam, whatever works for you.) With an additional flat face, C-section material might simplify your design and save you time and money.