Your Guide To Hollow Cylinders: Aluminum Round Tubing Vs. Aluminum Pipe 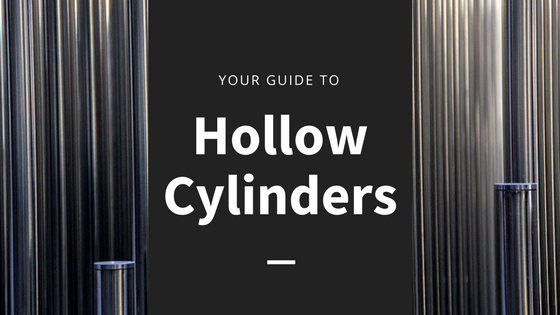 Ever wondered why Londoners call their subway system “The Tube” and not “The Pipe”? Well neither had we, until someone asked about the difference between tube and pipe. These words get used interchangeably – tubes and pipes are all just long hollow cylinders – but to an engineer they’re not the same.

The difference comes down to how the hollow cylinders are measured or specified, and that in turn depends on what they’re used for. Aluminum pipe is defined by its internal diameter (ID) or bore because it’s used for transporting fluid or other media. The ID matters because that determines the capacity of the pipe, which is usually the property of greatest interest to the buyer.

Aluminum round tube is defined by its outside diameter (OD). That’s because tube is for structural uses. The bore isn’t particularly relevant to the end use but the OD probably matters a great deal. Incidentally, tube doesn’t have to be round. “Tube” really just indicates a closed internal passage. For instance, you can buy square and rectangular as well as aluminum round tubing.

So why not just define both the ID and OD? The answer comes down to the manufacturing processes and where you want the natural process variation to be. You can have a consistent bore or a consistent OD, but you can’t have both. At least, not to a high precision.

Most smaller bore metal pipe and tube is extruded. That’s the process where a billet of material is squeezed through a die to produce a long length with uniform cross-section. It works best with ductile materials, which is why so much aluminum is extruded.

Extruding pipe or tube entails forcing the metal around a mandrel that creates the internal passageway. In practice it’s difficult to keep this internal bore concentric with the OD, so what happens is that the wall thickness varies. The manufacturer controls either bore or OD, but not both.

Some tube will be drawn after extrusion, (or in some cases, instead of,) both to thin it down and to improve dimensional consistency. Drawing is similar to extrusion in that the material passes through a die and over a mandrel, but the difference is that it’s pulled rather than pushed.

Applications for Extruded Round Pipe

One of the biggest uses is in heat exchangers. This is because aluminum has excellent thermal conductivity, and welds readily. Being light, it’s also in demand for solar heating water systems where it won’t put too much weight on a roof.

Extruded aluminum tube turns up in a wide range of architectural and structural applications. Gates and fence posts, hand rails and support columns are good examples. It’s also used in trailers and other transport applications where weight is a concern and even turns up in electrical bus conductors..

Materials for Aluminum Tube and Pipe

Most aluminum tube and pipe is extruded from either 6061 or 6063 grade. That’s because these tend not to work-harden so the extrusion equipment can run faster. 6061 is stronger but 6063 generally looks better thanks to a finer grain structure, and it anodizes well when a colored finish is needed.

Pipe and tube might be two words for hollow cylinders, but as we’ve explained, they’re not the same. Basically, pipe uses the inside and tube the outside.

Thinking back to the London Underground, it’s the ID that matters there because the subway trains need to pass through. That says it really should be known as “The Pipe” and not “TheTube.” Good luck convincing Londoners of that!